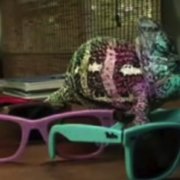 One line summary: Like a chameleon, your customer must adapt by adopting new rules to maximise the new possibilities that are enabled by your new innovation / technology.

There is a general belief, that markets adopt new technology. This general belief stems from early work done by Professor Everett Rogers, and later popularized by Geoffrey A. Moore who contributed the concept of crossing the chasm.

The diffusion of innovations according to Rogers. With successive groups of consumers adopting the new technology (shown in blue), its market share (yellow) will eventually reach the saturation level. In mathematics, the yellow curve is known as the logistic function. The curve is broken into sections of adopters.

Professor Everett Rogers argues, that diffusion is the process by which an innovation is communicated over time, amongst the participants in a social system. He then continues to provide the basis for the process “The innovation-development process consists of all of the decisions, activities, and their impacts, that occur from recognition of a need or problem, through research, development, and commercialisation of an innovation, through diffusion and adoption of the innovation by users, to its consequences”.

All his arguments are based on the idea, that innovation solves problems or satisfies needs. This article will argue that it is this specific assumption that we need to challenge, to move the entire body of knowledge into a totally new domain.

Innovation is, by definition, associated with creating something totally new (novel), as described by Peter Thiel’s analogy of 0 to 1. There was nothing and then there is 1, to make the impossible possible. What could best describe moving from nothing to 1? It is not continuous improvement (more of the same), as some might suggest. The possible description is something like a breakthrough. Does innovation normally result in a breakthrough? In essence, a breakthrough removes or overcomes, a limitation or a barrier or restriction or constraint, and allows the system to move into a new space, where it can grow until it hits the next limitation or constraint. A breakthrough does not solve a problem nor does it satisfy a need – it removes limitations and constraints. This article will also argue that a limitation or constraint, is normally accepted by the market as a fact of life, and that the market doesn’t necessarily see it as a problem or a need.

Limitations can be classified under “assumed as a fact of life” – You say that something, which is not pleasant, is a fact of life, when there is nothing you can do to change it, hence you must accept it. We don’t see “facts of life” as a problem – we just find ways to cope or accommodate them. This understanding is fundamental, to understanding the process of innovation and market adoption. Innovation essentially assists in removing limits for mankind. In other words, innovation can bring benefits, if and only if, it removes a significant limitation for the market.

Markets do not adopt new innovation or technology, they adopt the new rules that will enable them to maximise the benefits, emanating from the removed limitation.

Your innovation only contributed to the removal of the limitation. In other words, innovation is necessary, but not sufficient, the market must adopt the new rules, to realise the full benefits. It they don’t, very few benefits will be realised! The only theory that does describe this tendency of adapting by adopting special traits is evolution, arguing the case for those that adapt, by adopting special maximising traits, will survive. The conclusion is unavoidable, that the market is not communicating the idea nor the innovation, as described by Professor Rogers, but that the market is figuring out what new maximising rules and traits they must adopt, to realise the full benefits. Since the innovation is not sold with the REALISATION instructions (new rules, traits), the market follows approximately the life cycle graph, as explained by Professor Rogers, to figure it out by themselves. Wouldn’t it make sense to include, as part of the innovation, the new rules, traits, lifestyle that would assist the target market to realise the full benefits much faster?

Every new innovation, must be tested and/or evaluated against at least the following three factors: 1) its power to remove a significant limitation for the target market, 2) the new realisation rules that the market must adopt, and 3) the significance of the benefits, emanating from the removed limitation. Thinking this way is a departure from the norm, where inventors, entrepreneurs and founder of Start Ups, are mainly focusing on solving problems, satisfying needs and merely giving instruction of how to use it.

Somebody said, “Ideas are JUST a multiplier of EXECUTION”. Maybe, it should have said, “Benefits are JUST a multiplier of REALISATION”. No matter what you do or promise, until the market has realised the full benefits, you have achieved nothing. Subsequent articles will expand this thinking to include the methods, techniques and tools to enable innovators to sell technology (that actually removes limitations), with the realisation instructions to ramp market adoption rates.

This site uses cookies. By continuing to browse the site, you are agreeing to our use of cookies.

We may request cookies to be set on your device. We use cookies to let us know when you visit our websites, how you interact with us, to enrich your user experience, and to customize your relationship with our website.

Click on the different category headings to find out more. You can also change some of your preferences. Note that blocking some types of cookies may impact your experience on our websites and the services we are able to offer.

These cookies are strictly necessary to provide you with services available through our website and to use some of its features.

Because these cookies are strictly necessary to deliver the website, refuseing them will have impact how our site functions. You always can block or delete cookies by changing your browser settings and force blocking all cookies on this website. But this will always prompt you to accept/refuse cookies when revisiting our site.

We fully respect if you want to refuse cookies but to avoid asking you again and again kindly allow us to store a cookie for that. You are free to opt out any time or opt in for other cookies to get a better experience. If you refuse cookies we will remove all set cookies in our domain.

We provide you with a list of stored cookies on your computer in our domain so you can check what we stored. Due to security reasons we are not able to show or modify cookies from other domains. You can check these in your browser security settings.

These cookies collect information that is used either in aggregate form to help us understand how our website is being used or how effective our marketing campaigns are, or to help us customize our website and application for you in order to enhance your experience.

If you do not want that we track your visit to our site you can disable tracking in your browser here:

We also use different external services like Google Webfonts, Google Maps, and external Video providers. Since these providers may collect personal data like your IP address we allow you to block them here. Please be aware that this might heavily reduce the functionality and appearance of our site. Changes will take effect once you reload the page.

The following cookies are also needed - You can choose if you want to allow them: